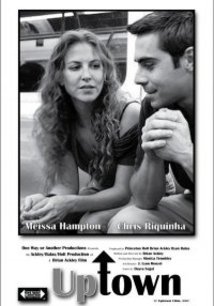 
Ben has been single for a long time. For his part, he is a loner but as well a romantic: he enjoys the solitude of his simple being but appreciates intelligent and witty company just the same. By yielding to both extremes, Ben remains caught between reason and arousal. Isabel has been married for a year. The passion that had once carried her 5-year relationship has lost its pulse. Passive, protective, and without poise, it now threatens to claim hers. Waiting in abeyance, Isabel is lost between loyalty and loneliness. Uptown is where they come together.